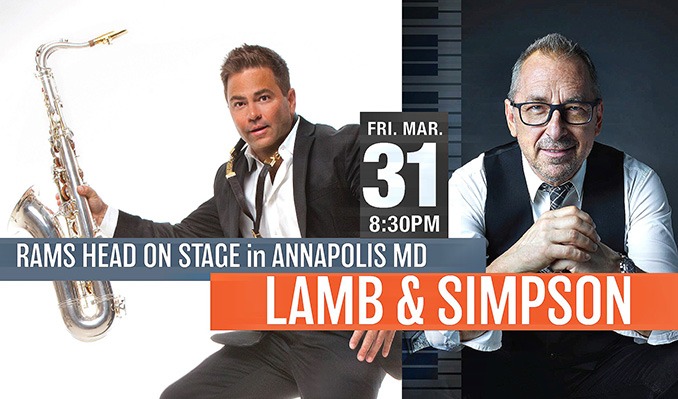 After touring with stars like Bobby Caldwell, Gino Vannelli, Jeff Lorber Fusion, Smokey Robinson and two time Grammy Winning Diane Schuur, Patrick Lamb is one of the most exciting break out artists on the scene with three top five Billboard Hits.

“This was the first time I saw Patrick - I was amazed - he’s definitely one of the brightest new breakout artists on the scene - he had a whole place up dancing. The next Boney James." ~Larry Farber agent/owner of Middle C Jazz North Carolina

"One of the best instrumentalists I've ever worked with.." ~R&B legend Bobby Caldwell

After graduating from Northern Illinois University, keyboardist and composer Brian Simpson relocated to Los Angeles where he was soon playing alongside musicians Gerald Albright and Norman Brown and eventually on a world tour with Janet Jackson.

In 1990 Simpson received a call from George Duke that led to a decade of touring and production work with the late jazz legend. It was his tenure with George that led to working with a variety of artists, from James Ingram and Anita Baker to Dave Koz and Wayman Tisdale. The popularity of his music world wide has kept Mr. Simpson on a seemingly endless world tour which in 2019 included Japan, Australia, Korea, Indonesia, Philippines, Spain, United Kingdom, Portugal, and South Africa.