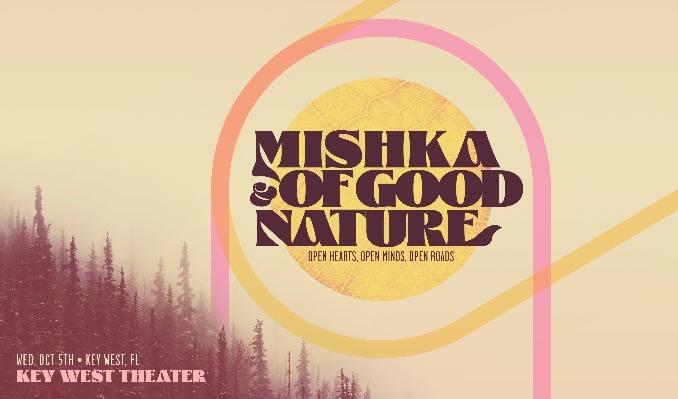 OF GOOD NATURE: Of Good Nature incites and unites listeners with a fusion-friendly approach to today’s music, uncovering a highly accessible sound that concentrates on lyrics, uplifting energy and musicianship, packed into a potent blend of alternative, pop, rock, soul, and reggae. Ever evolving, OGN incorporates different instruments, backgrounds, genres and styles, creating extraordinary and excitingly passionate music, expressed on the stage and on the record. Of Good Nature recently supported Michael Franti & Spearhead on the Good Day For A Good Day World Tour in Fall 2021, performing in amphitheaters across the United States. In July 2021, the band joined the Dirty Heads Orlando Vacation lineup with Dirty Heads, Sublime With Rome, and Hirie. In November 2021, the band sailed on the first Soulshine At Sea supporting Michael Franti, Allen Stone, Fitz and The Tantrums, Niko Moon and more. OGN also has been invited three times to perform on Sail Across The Sun with headliner Train. On July 30 2021, Of Good Nature released their “Cover EP”. The four cover songs innovate and pay tribute to classic hit sing-a-longs such as “Lovely Day” by Bill Withers, and “Valerie” originally by The Zutons, iconized by Amy Winehouse. OGN is commonly celebrated by fans for their unique style and sound, implemented by technical drumming, soulful vocal melodies, and brass trombone, and original to only this group of prolific songwriters and their creative process. Full length albums “Everything Turns Gold” (2020) and “Timeless” (2019) were recorded with A-list producer Danny Kalb (Beck, Ben Harper, Foster The People) at White Star Sound in Charlottesville, VA, and reached iTunes and Billboard Charts. Additionally in 2020, the band was selected by Sierra Nevada as a featured artist for 'Doing Big Things’ and partnered with RoofAbove Charity raising donations through live-stream performances to help the homeless in the band's hometown of Charlotte NC. Of Good Nature's band members include Cam Brown (guitar, vocals), Brandon Hucks (trombone), David Hamilton Jr. (drums), and Clifton Bundick (bass). MISHKA: Mishka is a Bermudian musician and singer/songwriter. A traveler and sailor at heart; his lyrics and sound are deep reflections of the reggae roots soul and consciousness of the Caribbean culture in which he grew up but which are equally infused by his hypnotically bluesy folk acoustic compositions and vocalizations. Mishka first emerged back in ‘99 on the independent music scene in London with his eponymously titled debut album put out by the influential Brit record label, Creation Records. Since then he has toured extensively throughout Europe, the Americas, Japan and Australia and has gone on to release 5 more full length studio albums, all of which have received worldwide critical acclaim. The most recent album, Roots Fidelity, was released in 2015 under Mishka’s own indie label Mishka Music and recorded and produced in Maui, Hawaii.
Read More
*Service and handling fees are added to the price of each ticket.
Buy Tickets