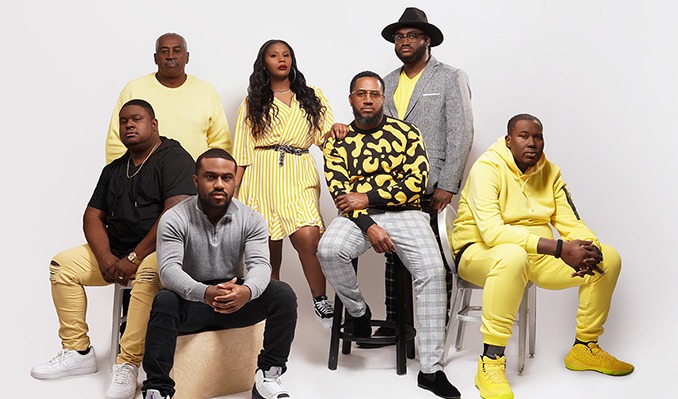 A limited brunch menu will be available in the On Stage room, during the performance! Brunch is also available in our adjoining restaurant prior to the show, beginning at 10am. Please call (410) 268-4545 to make a reservation.

The Gospel music industry is filled with family groups singing songs for praises to the Lord including The Clark Sisters, The Hawkins Family and The Pace Sisters. Another family group has just hit the sacred music scene with a mission to inspire through song. R.E.I.G.N., consisting of a variety of family members including father and son, niece and uncle and a few cousins, are recognized for their tight harmonies, moving songs and spirited performances. Previously known as Remnant, they are remembered for opening up for popular acts such as Harvey Watkins Jr & The Canton Spirituals, Lee Williams & The Spiritual QC’s, The Williams Brothers and Jason Nelson. They are also known for being the first Annapolis hometown gospel group to headline the famous Rams Head On Stage in 2019. R.E.I.G.N., which stands for Revolutionary Evangelists Igniting God’s Nation, consists of Alvin Stansbury and his son, the group’s leader, David Stansbury, who is also the lead vocalist. Additional members include Jasmine Hall (alternate lead vocals), Janathan “Nate” Crutchfield (lead vocals), Donald “DJ” Hunt Jr. (vocals), Sean Hunt (keyboard), Wayne Curtis (bass), Rashon Savage (drums). As Remnant, they released a six-song EP entitled God’s Promise and gained fans with songs like “Psalm 95”, “He’s Worthy” and the project’s title tune. Garnering airplay in Annapolis, MD and Baltimore, MD, they have a strong following in their local DMV region but now hope to take their message to the masses.

As fans await the release of their new full project, slated for 2023, REIGN PLANS TO RELEASE THEIR NEW SINGLE this Summer titled “THEY THAT WAIT”