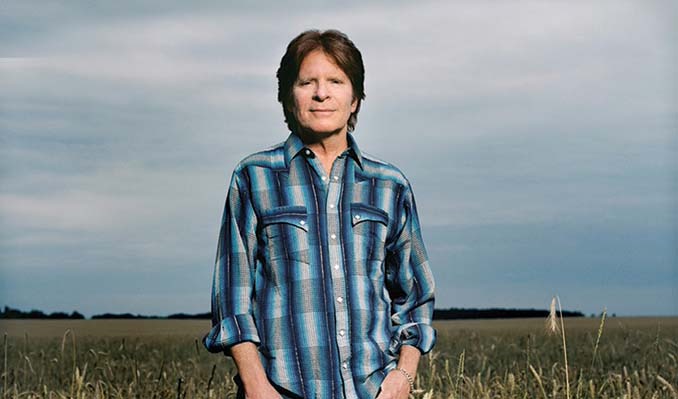 John Fogerty is a true American treasure. As leader of Creedence Clearwater Revival, Fogertyforged a distinctive, groundbreaking sound all his own, equal parts blues, country, pop, rockabilly, R&B, swamp boogie, and Southern fried rock ‘n’ roll, all united by his uniquely evocative lyrical perspective.Fogerty is a Grammy winner and has been inducted into the Rock & Roll Hall of Fame as well as the Songwriters Hall of Fame.He is the only musician to be inducted into the Baseball Hall of Fame for his song, “Centerfield,” a staple at baseball stadiums across the country.Among Fogerty’s many hit songs, both as a solo artist and as leader of CCR, highlights include “Centerfield,” “Proud Mary,” “Susie Q,” “Fortunate Son,” “Born on the Bayou,” “Bad Moon Rising,” and “Have You Ever Seen the Rain,” among many others.In 2019, Fogerty celebrated 50 years in music with a worldwide tour including a return appearance at Wynn Las Vegas’ Encore Theater.His most recent show, “My 50 Year Trip,” a tribute to the 50thanniversary of Woodstock, features a collection of Creedence Clearwater Revival (CCR) hits,including songs from the set list of his performance at the legendary Woodstock music festival in 1969 among other fan favorites.An album,“50 Year Trip: Live at Red Rocks,” was released on November 8, 2019.In April 2020,while self-quarantining together theFogerty Family,featuringJohn with his sonsShane, Tyler and daughter Kelsy, gathered in their home studioto play some music together. A weekly video series began and became so popular that a digital EP,Fogerty’s Factory,was released via BMG onFogerty’s 75thBirthday, May 28, 2020. An extended,Fogerty’s Factoryfull album was released on November 20, 2020.
Read More

Official WebsiteMySpaceAmazonTwitterFacebook
*Service and handling fees are added to the price of each ticket.
Buy Tickets