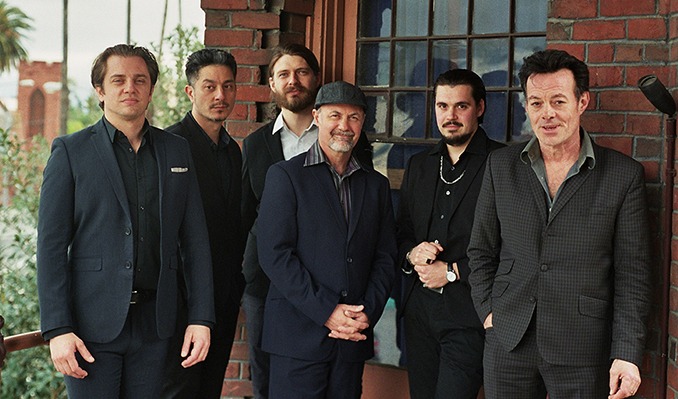 Hunter's voice has the kind of depth and nuance that invites comparisons to Sam Cooke; his songwriting craft and impassioned performances recall Them-era Van Morrison - and like those artists, Hunter's music is timeless, sounding instantly classic and perpetually modern. He recorded 'People Gonna Talk' at Liam Watson's famed Toe Rag Studios in London (also home to the White Stripes' Grammy-winning, platinum 2003 release 'Elephant'). Vintage analogue equipment is de rigueur at Toe Rag, and 'People Gonna Talk' was recorded entirely "live" - without any overdubs, computers, or even headphones - resulting in a rich, warm sound that practically dares the uninitiated to guess its date of origin.

The fourteen songs on 'People Gonna Talk' were all written by Hunter. From the tight & right ska shuffle of the album's title track (with gorgeous string quartet accompaniment), to the locomotive groove of "Talkin' 'Bout My Love" to the hushed ballad "Mollena" which rests on a simple acoustic guitar/saxophone melody bed, the caliber of Hunter's compositions leave the listener stumped as to how this singular artist has gone undiscovered up to now.

Official WebsiteFacebookAmazonMySpace
*Service and handling fees are added to the price of each ticket.
Get Tickets