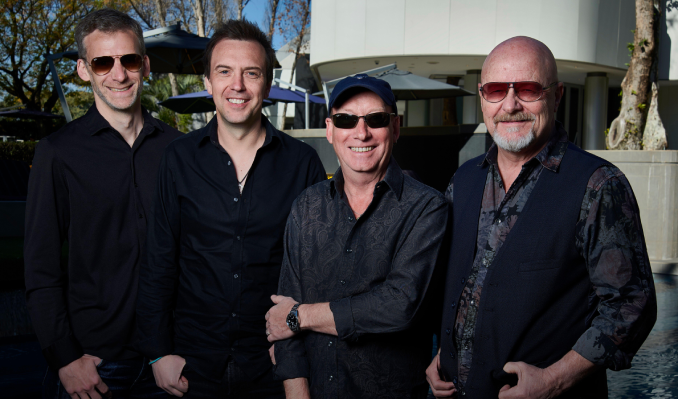 Formed in 1969, Wishbone Ash has more than 20 original studio recordings and several live albums to their credit. The group has appeared at all the major music festivals and enjoys a history with some of the world’s classic music labels, Universal and Atlantic Records.

Back in the day, Wishbone Ash cut their teeth on the US stadium circuit first opening for The Who. Once they began headlining in the States, Wishbone’s opening acts included Springsteen, Kiss and Aerosmith.

Citing Wishbone Ash as an influence on their style, Thin Lizzy, Iron Maiden, Southern Rock outfits like Lynyrd Skynyrd and, more recently, heavyweights like Opeth and some of the guitar-based Indie/ Alternative bands, have all taken a little something from the legendary twin-guitar approach of Wishbone Ash. Truly, there is no other rock band on the planet that has done more with the twin guitar concept than the Ash.