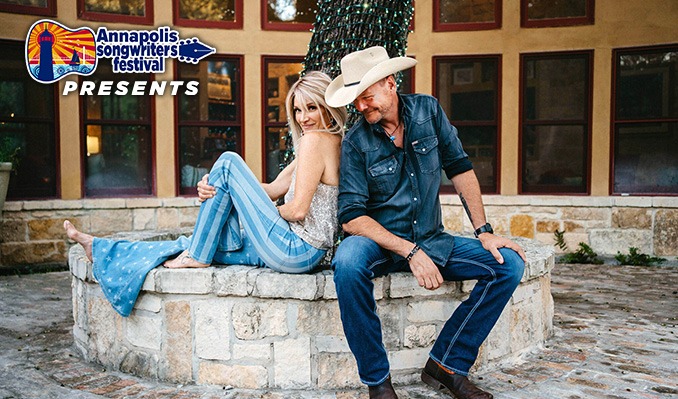 Four Time Trop Rock Music Association Duo of the Year Thom Shepherd and his beautiful better half Coley McCabe were both working for Nashville publishing companies in the same building when they met. Their first date was a Deryl Dodd show at the Blue Bar in Nashville on April Fool’s Day, 2011. By the end of that year the couple relocated to Austin, Texas, to begin a full-time touring career. They were married by Elvis in Las Vegas on October 23rd, 2015. Together they have garnered 10 TRMA awards including Female Vocalist and Songwriter of the Year. They currently call San Antonio home.

Their current album project is called “The Pelican” and features country-meets-the-beach Thom & Coley storytelling about their free-spirited life on the road. Their music festival, the Lone Star Luau, is the two-time TRMA Event of the Year and is happening at Margaritaville Resort in Montgomery TX Feb 2-5, 2023.

Coley is a platinum-selling songwriter who hails from West Virginia. She has performed numerous times on the Grand Ole Opry. While on RCA Records her song “Grow Young With You” was featured in the Natalie Portman / Ashley Judd film, “Where The Heart Is,” Her writing credits include the award winning Platinum selling group SheDaisy and legendary Loretta Lynn. She also starred in the feature film “Alabama Love Story.”

Thom, originally from St. Louis, Missouri is the writer of two number one country songs, “Riding with Private Malone” and “Redneck Yacht Club,” three Texas Music number ones, “Beer Season,” “My Texas,” and “The Night Is Young,” has had over 100 songs recorded by other artists, two songs on Grammy nominated albums, and multiple top ten hits nationwide and in Texas. He appears in “The Parrot Heads Documentary” with Jimmy Buffett.

"Southern by way of the Rust Belt, SCOTT KURT's unique brand of music blends the old school outlaw grit with elements of guitar-driven rock. Influenced by artists like Eric Church and Tom Petty, Kurt strives for authenticity over perfection, vocally and melodically. The skillful storytelling behind his lyrics powered Kurt's single "American Man" to the iTunes Country Top 40 and also earned him the “Best Country Album” award from the Washington Area Music Association.

His hard work and talent have earned Scott opening slots for some of the biggest and brightest stars, including Dierks Bentley, Cheap Trick, Cole Swindell, Jimmie Allen, Tyler Childers, and many more."