An Evening with That Awful Man and His Manager

An Evening Of Talking with Robert Fripp & David Singleton 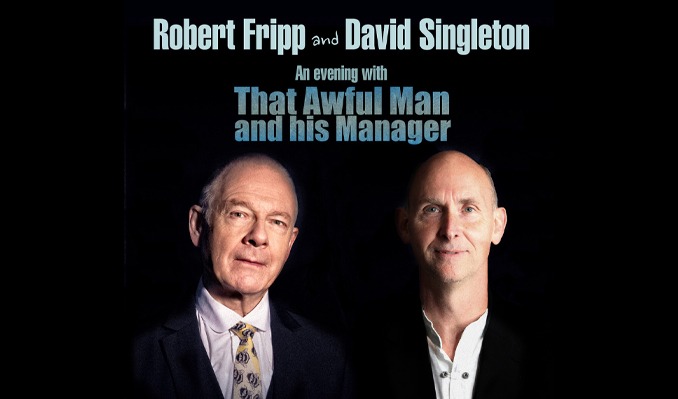 An Evening Of Talking with Robert Fripp and David Singleton.

Robert Fripp is a founding member of King Crimson, contributor and collaborator with Brian Eno, David Bowie, Daryl Hall, David Sylvian, Peter Gabriel, Posh Poppers Toyah Willcox and Simon Darlow, and a lot of other totally excellent people. Originating director of the Guitar Craft and Guitar Circle program. Since Covid and lockdown he has been kicking received opinion via social media with Toyah & Robert's Sunday Lunch.

David Singleton established DGM with Robert Fripp in 1993 and has reluctantly managed King Crimson since 2018. David is King Crimson's producer and author of The Vicar Chronicles.

An endless stream of people ask Fripp burning questions, many of which are actually not even quite smoldering. In most cases they would be better answered by David Singleton. This is an opportunity to ask both Fripp and Singleton the questions that get them out of bed in the morning.

Where does Music come from? What does it take to survive the music business? When does the impossible become possible? Can Music change the world? Why did Fripp put on a tutu and dance to Swan Lake at the end of his garden? Who is The Vicar?