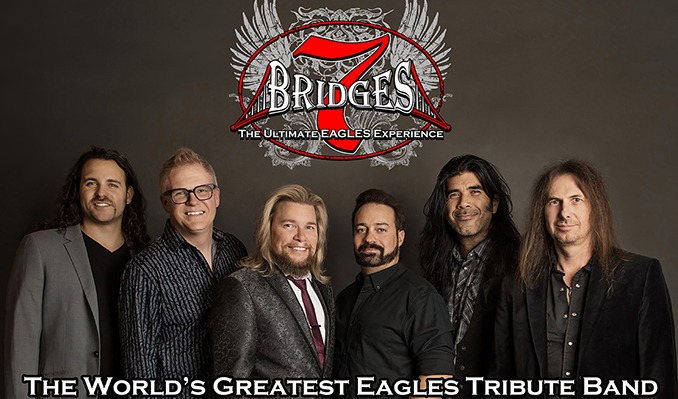 7 Bridges : The Ultimate EAGLES Experience is a stunningly accurate tribute to the music of the Eagles. Using no backing tracks or harmonizers, 7 Bridges faithfully re-creates the experience of an Eagles concert from the band’s most prolific period. Every show features one brilliant hit single after another with some mighty Joe Walsh surprises sprinkled into the mix. 7 Bridges offers the perfect blend of songs to capture all levels of Eagles devotees.

Official WebsiteFacebookMore Info
*Service and handling fees are added to the price of each ticket.
Buy Tickets