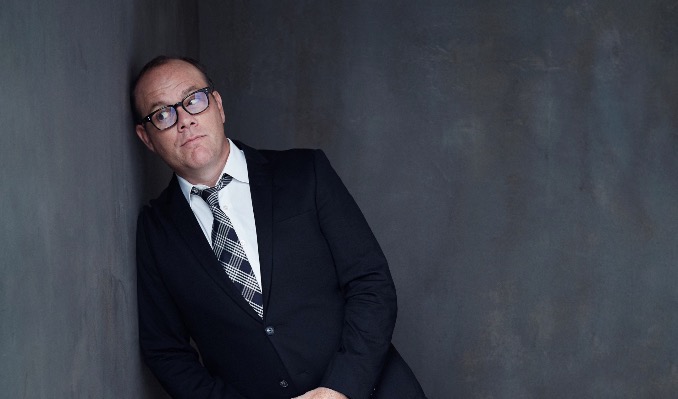 Tom Papa live at the Key West Theater located in the heart of downtown just blocks from Duval Street. Doors at 7PM, Show at 8PM. The Key West Theater offers seated cocktail service with a full bar. **THIS IS A FULL CAPACITY PERFORMANCE**

As a veteran stand-up comedian, Tom Papa has found success in film, television and radio as well as on the live stage. Tom's second hour stand-up special, Tom Papa: Freaked Out, directed by Rob Zombie and named one of the 10 Best Comedy Albums of 2013 by Laughspin.com, is available as a download and on Netflix. Tom's first hour special, Tom Papa Live in New York City, premiered on Comedy Central in January of 2012 and is available as a download or on Netflix. In 2014, Tom will be seen in three TV projects and one movie. He is creating the series, More Time With Family, for CBS which he will star in and Executive Produce with Matt Damon and Ben Affleck. The series will be based on Tom's stand-up and Matt's real-life experiences. Tom will co-host the Nat Geo show, Duck Quacks Don't Echo, with Michael Ian Black and Seth Herzog. And Tom will be seen alongside Clive Owen in two episodes of Steven Soderbergh's, The Knick, on Cinemax and he will be seen in the Chris Rock movie, Finally Famous. In 2013, Tom was seen alongside Michael Douglas and Matt Damon in the HBO film, Behind the Candelabra, which was directed by Steven Soderbergh, received rave reviews and won 11 Emmys. Tom was also seen in the hit Comedy Central series, Inside Amy Schumer. Tom starred opposite Matt Damon in the Steven Soderbergh film, The Informant, and starred opposite Paul Giamatti in Rob Zombie's animated feature, The Haunted World of El Superbeasto, as the voice of El Superbeasto. Tom has appeared in the films Analyze That, opposite Robert DeNiro, and Comedian; he had a voiceover role in the DreamWorks animated feature "Bee Movie" and also was a writer on the project. Tom is host of the hit SiriusXM show, Come to Papa, which airs on channel 99. The weekly, hour-long program features either extended interviews with comedians, including Mel Brooks, Ray Romano, Carl Reiner and Jerry Seinfeld, or features Tom hosting a live, scripted radio play featuring top comedians playing roles or performing all backed by a live band led by virtuoso jazz pianist, Helio Alves. Personally chosen by Jerry Seinfeld, Tom hosted the NBC series, The Marriage Ref, which ran for two seasons. Tom had a recurring role opposite Julia Louis-Dreyfus on the CBS series, The New Adventures of Old Christine and starred in his own NBC series, Come to Papa. Tom is a regular guest on The Tonight Show with Jay Leno, Conan, and The Late Show with David Letterman. When not touring the country, Tom lives in New York and Los Angeles with his wife and family.
Read More
*Service and handling fees are added to the price of each ticket.
Buy Tickets