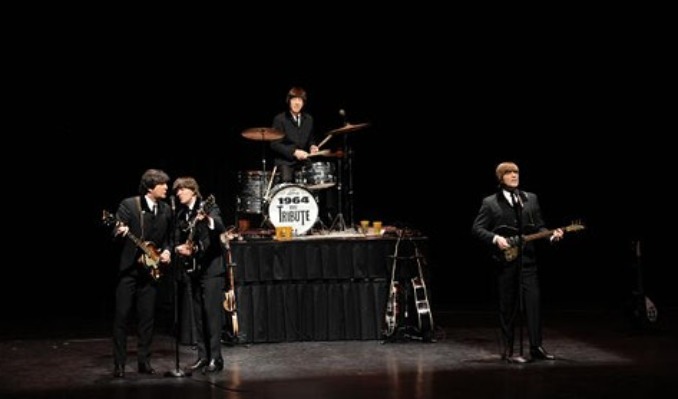 Since the early 80's, "1964"...The Tribute has been thrilling audiences all over the globe with what Rolling Stone Magazine has called the "Best Beatles Tribute on Earth". "1964" takes their audiences on a journey through a quintessential moment in music history that will live forever.

Unlike other acts, "1964" concentrates on only the "touring years" of the Beatles. Since this time period is one of the most well documented (pictures, films, and eye witness accounts) times of the Beatles career, there is much that one can compare. "1964" has accomplished what many other acts could only dream of: An astonishingly accurate re-creation of the energy and the magic of those touring years. Over 20 years of researching and performing have made "1964" masters of their craft.

They are hailed by critics and fans alike as the most authentic and endearing Beatles tribute show in the world."1964" recreates an early '60's live Beatles concert, with period instruments, clothing, hairstyles, onstage banter, with an accuracy that is unmatched even til this day. Come see why "1964"...The Tribute is the definitive and most accurrate of all the Beatle shows.

FacebookOfficial WebsiteAmazon
*Service and handling fees are added to the price of each ticket.
Buy Tickets