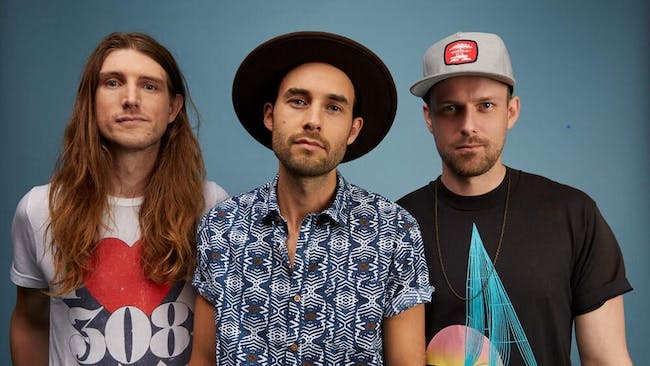 This concert was originally set to take place on June 1st, 2020, and was then moved to September 1st, 2020. Unfortunately due to COVID-19, it is necessary to move it once again to Thursday, September 16th, 2021. We are trying very hard to get the East Pointers to Annapolis while making sure everyone is safe! Tickets buyers were notified via email with their options. Call (410) 268-4545 if you have any questions.

What We Leave Behind was one of the international standout albums of 2017, nominated for the‘ Traditional Roots Album of the Year’ at the 2018 JUNO Awards and attracting over four million streams on Spotify. In the short time between their 2015 JUNO Award-winning debut Secret Victory and the upcoming album Yours To Break, the band has performed over 450 shows in Australia, New Zealand, Japan, the UK, Europe, Mexico, the USA, and Canada.

Yours To Break sits uneasily in a classic genre demarcation. The East Pointers have always been musically complex and technically brilliant, the core is definitely traditional Celtic, but on the new album, fiddle tunes are grounded in complex rumbling bass lines, a dirty Americana exploration turns on a dime into a lighthearted guitar feature with flamenco reference palmas, playful keyboard tones turn traditional solos into urgent dance-party journeys, and off-the-leash festival jam sessions give rise to vocal numbers that are either perfect pop songs or moving tributes to the home and people they love. “I feel like this album is the best expression to date of the band’s appreciation for so many different types of music and the fact that we as a band are comfortable enough in our own musical voice to start expressing those influences and loves.” says Koady Chaisson, who plays either banjo or tenor guitar on stage, along with the bass pedals underpinning much of the groove of this album.

Taken from a line in the song ‘Elmira’ – a tune named for a town in Prince Edward Island near where fiddler, Tim Chaisson, and his cousin, banjo player Koady Chaisson, grew up – Yours To Break puts a pin in the creative landscape in which the band currently sits, as well as where they may be headed.