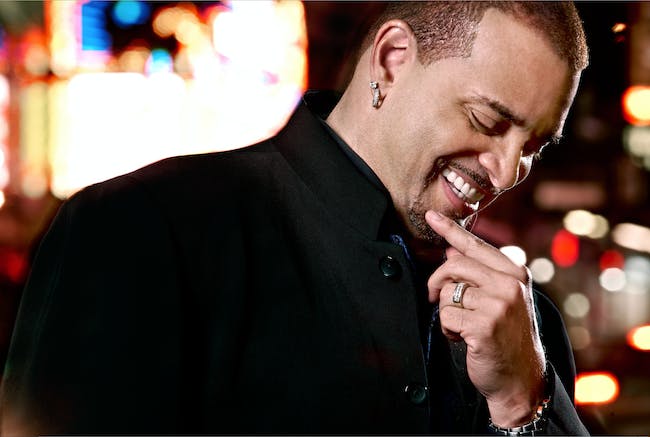 David Adkins better known by his stage name Sinbad, is an American stand-up comedian and actor. He became known in the 1990s from being featured on his own HBO specials, appearing on several television series such as Coach Walter Oakes in A Different World (1987-1991) and as David Bryan on The Sinbad Show (1993-1994), and starring in the films Necessary Roughness, Houseguest, First Kid, Jingle All the Way, Good Burger, and Planes (2013).

Sinbad never tells jokes- “I don’t know any,” he admits- but rather stalks the stage, telling real-life stories. He doesn’t deliver payoff lines; he slam-dunks them. His comedy is large, physical, and impetuous. Psychologically, he jams us, poking holes in our lifestyles. His stories mirror our foibles. His explosive energy of the neighborhood; his phrasing is manic, musical and right on time. He doesn’t write his material; he relives it as he remembers it. ~ Stardome