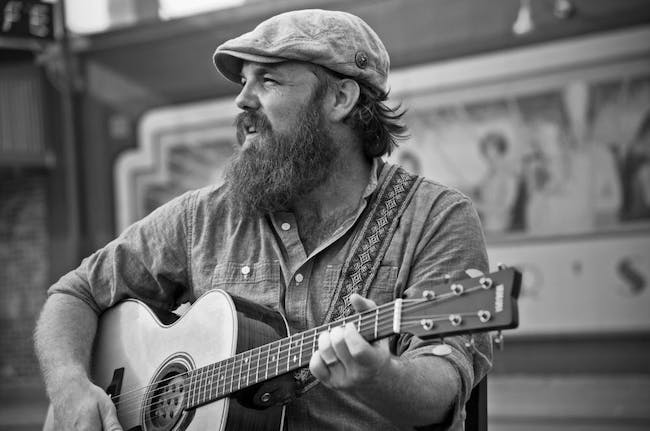 This concert was originally set to take place on April 9th and was then moved to December 6th, 2020. Due to COVID-19 and artist scheduling it is necessary to move it again to May 19th, 2021. Tickets purchased for the originally scheduled show will be transferred to this new date. Please call (410) 268-4545 with any questions. Our box office is open on Tuesdays, Wednesdays and Thursdays between 9am - 2pm.

Marc Broussard is an artist with a unique gift of channeling the spirits of classic R&B, rock and soul into contemporary terms. This gift has been a matter of common knowledge since 2002, when Broussard released his debut album, Momentary Setback, which he recorded and released independently at age 20. It was no secret before then, going back to those lucky witnesses who heard him belt "Johnny B. Goode" onstage at age 5 while sitting in with his father's band. Throughout his life, Broussard has been tapped as a talent to watch.

Marc’s song “Home” was successful at radio and catapulted him onto the national touring stage. His music has been placed in many TV shows and movies. The timeless, soulful nature of Marc’s vocal lends well to Film and TV, and will continue to do so for years to come.

Marc released a follow up to his S.O.S. album in September of 2016. It is a soul covers album appropriately titled “S.O.S. 2”. He donated 50% of the profits to City of Refuge. The live performance video of the acoustic version of “Cry to Me” has garnered over 1,000,000 views on YouTube.

Marc’s latest record “Easy to Love” was released in September of 2017.