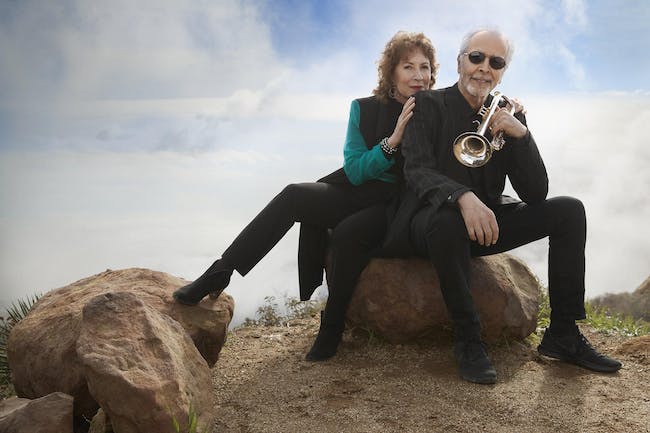 This concert was originally set to take place on May 17th, 2020 . Tickets purchased for the originally scheduled show will be transferred to this new date and ticket holders will keep their same seats.

Creator and innovator, musician and producer, artist, and philanthropist, Herb Alpert is a man with a profound passion.

Born in Los Angeles, the future trumpeter came of age in a house filled with music. At the age of eight, he was drawn to the trumpet in a music appreciation class in his elementary school.

"I was very fortunate that I had that exposure to music and was encouraged to stick with it. Years ago, when the arts programs were cut out of our public schools, so many kids stopped having that kind of opportunity."

A legendary trumpet player, Alpert's extraordinary musicianship has earned him five #1 hits, nine GRAMMY® Awards, the latest from his 2014 album, "Steppin' Out," fifteen Gold albums, fourteen Platinum albums and has sold over 72 million records. Herb Alpert & The Tijuana Brass propelled his sound into the pop music limelight, at one point outselling the Beatles two to one. In 1966, they achieved the since-unmatched feat of simultaneously having four albums in the Top 10 -- and five in the Top 20. Herb Alpert also has the distinction of being the only artist who has had a #1 instrumental and vocal single.

Grammy Award-winning vocalist and producer, Lani Hall started her singing career in 1966, as the lead singer of Sergio Mendes's break through group, Brasil '66. She left behind her city roots in Chicago and, for 5 years, performed throughout the world. While Lani's singing career took her on the road, she also focused on her writing -- committing to the page her personal impressions of the world around her. Sergio Mendes further expanded her writing career by asking Lani to write the English lyrics for many of the band's Brazilian songs.

In 1966, A&M Records signed Brasil '66 and Lani met her future husband, music legend, Herb Alpert, who is also the co-founder of A&M Records. Herb and Lani married in 1973.

Lani has the distinction of recording more than 22 albums in three different languages (English, Portuguese and Spanish, and in 1983, she sang the title song for the James Bond film, Never Say Never Again. In 1986 Hall won with her first Grammy Award for Best Latin Pop Performance for her album, Es Facil Amar. Hall picked up her second Grammy Award as producer on Herb Alpert's 2013 Grammy winning album, Steppin' Out. Since 2006, Hall and Alpert have been touring with their band to sell out performances.

After establishing a successful solo career in music, and becoming a wife and mother, Lani began to explore new creative outlets for her writing. In the early 1980's, while singing in Mexico City, she started writing in short story form. Her writing process is similar to her singing process in so far as she can visually see a song/lyric unfold before her, as if she were watching a movie.

Her debut book, Emotional Memoirs & Short Stories, compiles 10 short stories from 30 years of writing short fiction and true stories from her life -- all woven together by a connecting personal narrative, with the city of Chicago as the backdrop. Her characters are intelligent, modern women struggling to navigate the uncertain waters of adultery, therapy, cosmetic surgery, postpartum depression and their own sexuality. Lou Adler describes Lani's book as "free-form as a jazz piece weaving in and out of intriguing situations and indelible characters. She writes as she sings, with emotion and passion." And now, with the release of her audio book, Emotional Memoirs & Short Stories, Hall has mixed her two creative expressions to make one total experience. With her emotional narration at the forefront, Lani has placed a unique, musically scored soundtrack, creating an emotional landscape of music, to all 10 stories, making each chosen scene come to vivid life.